OUR PAST DISTRICT GOVERNORS

Frank Scott has been involved in Rotary since March, 2007. When I joined my club, my sponsor told me to look at the organization chart, and if I found an area I would like for participation, choose it and let him know. Little did I know that I would become Chair of The Rotary International Foundation Committee in our club. In my profession as an Investment Advisor I have been involved in raising funds for charitable purposes for years.

One of the reasons that I joined Rotary was the realization that there was an organization in our world that was working on the eradication of polio. I knew that I could not do it alone. My dollars would go so much farther with The Rotary Foundation. During the 100th Anniversary Year of our Rotary Club of Dayton, I had the great honor to be Club President. We had a great celebration and presented a check for $100,000 to Five Rivers Metro Parks to create a kayak entry point in one of our local parks so that a kayaker could come downtown on the river. It was the first one of 4 entry points that would be built.

In our club the progression is from Vice President to President Elect to President to Immediate Past President and each role has certain responsibilities. Finally, I began to learn about Rotary. I was asked to be an Assistant Governor and I got to know other clubs in our District as well as the District Leadership. 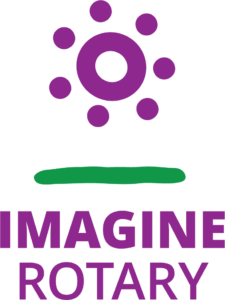 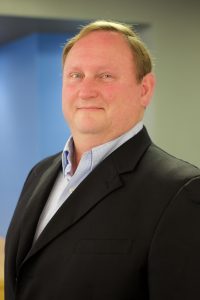 Robert Douglas Buchy is a graduate of the University of Cincinnati, graduating with a BA in Economics and a Certificate in Business Administration. Following Navy Officer’s Candidate School in Newport, RI, I served in the US Navy for over 20 years, primarily as a Surface Warfare Officer. Afloat assignments included the USS Ouellett (FF-1077) as the Boilers Officer and later as the Gunnery Officer; the USS Constellation (CV-64) as the Assistant Weapons Officer; the USS Gary (FFG-51) as the Chief Engineer and the USS Exploit (MSO-440) as the Executive Officer. I also had multiple shore duty assignments. I am a Gulf War I (Desert Storm) Veteran, spending much of the war off the coast of Kuwait. While in the Navy, I received a Master’s of Science in Software Engineering from National University, San Diego. Also, during my Navy career, I also served for four years as an Adjunct Professor of Computer Science at Paul D. Camp Community College, Suffolk, VA. I retired from the United States Navy 1 August 2002 as a Lieutenant Commander and I am a life member of the VFW. I work for KBR, Inc, a large 38,000-person multi-national corporation and provide defense contracting support to the USAF. Being in the Navy afforded me the opportunity to visit over 40 foreign countries around the world, and thus becoming a Rotarian was a natural outgrowth from my travels.

I have served my community in many ways. I was elected to the Springboro school board in 2003 and served a four-year term. I am also on the Christmas in Springboro Festival Planning Committee. My Rotary experience began as a member of the Rotary Club of Great Bridge, Chesapeake, VA in 1994. After the Navy transferred me to a joint billet at Wright Patterson AFB, OH, I became a member of the Rotary Club of Dayton in 2002. My father, Robert L. Buchy (deceased), was a member of the Dayton Rotary Club (1982 to 2015) and was a Major Donor. It was a great joy going to Rotary every week with my dad. In 2007, I transferred membership to the Rotary Club of Springboro where I have been President, Foundation Chair, and Treasurer. After being President, I immediately got involved in District 6670 and served as Assistant Governor, District Trainer and various committee assignments. One of the most rewarding positions was serving at All-Ohio PETS, first as a Facilitator and for a 5-year stint as the Facilitator Trainer. Attending PETS was always a source of “Rotary renewal” and it was a pleasure seeing over 260 new PEs every year. I am a Multiple Paul Harris Fellow and Society Member. I look forward to serving as District Governor 2023-2024.

I am married to Elizabeth Ann Signorelli formerly of Brooklyn, New York. We have two grown and married children, Erica (Brian) Coleman and Daniel (Kelsey) Buchy. Erica and Brian have blessed us with three grandchildren, Lance, Felicity, and Connor!